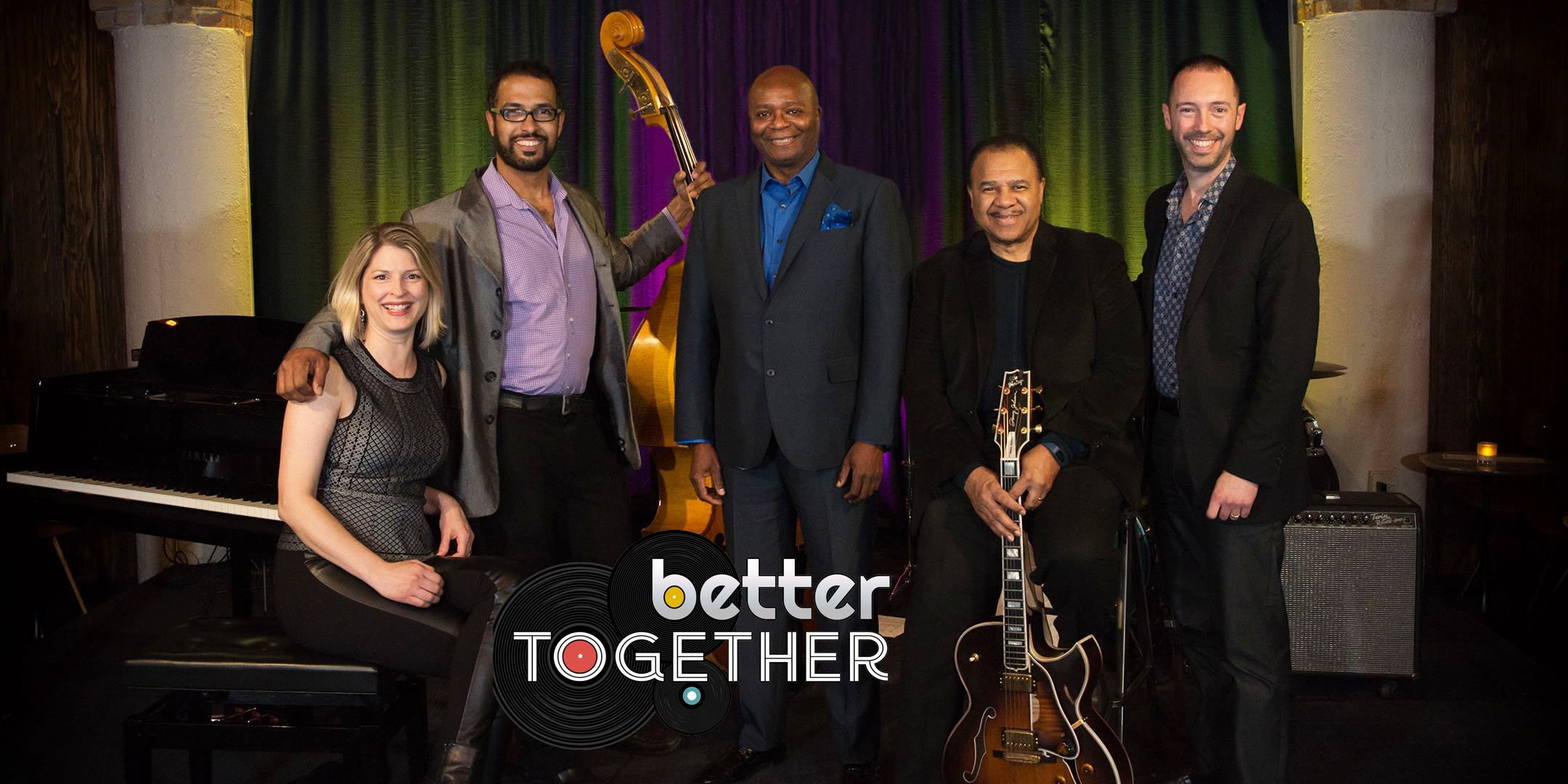 Better Together presents The Jazz Soul of Al Jarreau

Better Together is a diverse group of top-level musical souls on a journey to unite people around amazing music and good vibes. Featuring vocalist Bruce A. Henry (“bell-pure voice”— Miami Herald), guitarist Henry Johnson (“impressive”—L.A. Times), pianist Jo Ann Daugherty (“★★★★”—Downbeat), acoustic bassist Joshua Ramos, and drummer Ryan Bennett, the band taps into the universal power of music to bring people together during these times when we need a common bridge. More than a tribute — this show explores the jazz soul of the legendary Al Jarreau with an approach that treats these tunes as living, breathing pieces of music. https://www.facebook.com/bettertogetherpresents/

Meet the Band - Better Together

Joshua makes a busy career out of teaching music at various locations and performing. He has been on television numerous times in the United States Europe and Central America. He has opened for Stevie Wonder, Spyro Gyra, and Vernon Reid with Liquid Soul. With the Occidental Brothers band he ha performed at the Lincoln Center, Kennedy Center the Montreal, and Toronto Jazz Festivals he has shared the bill with Cindy Blackman, Lonnie Plaxico, Ben Allison, Vijay Ayer, Jason Moran, Andrew Byrd, and many others.