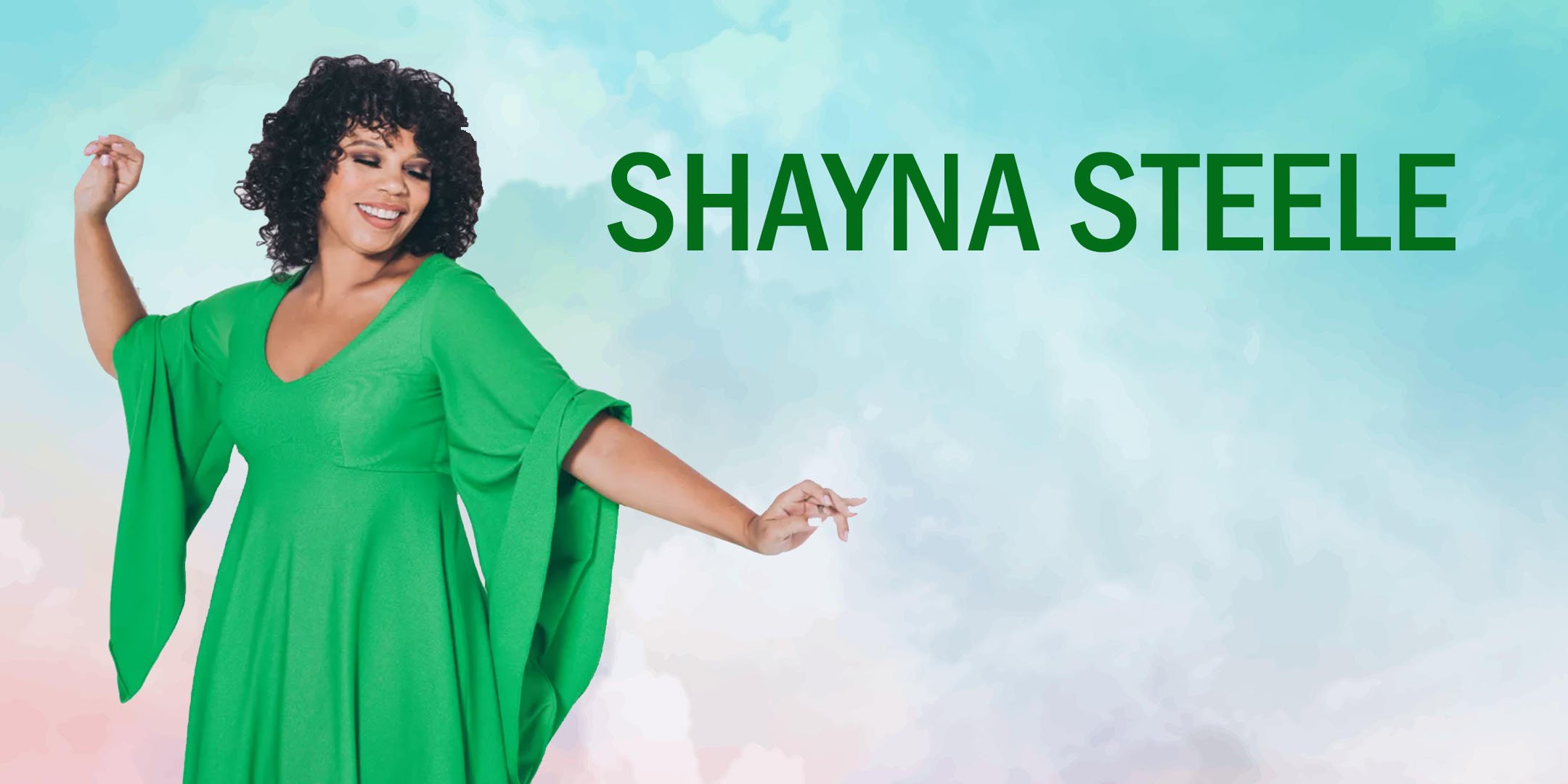 Shayna Steele has released three albums ranging from Soul via Blues and Gospel and easily crossing over to retro R&B and Jazz, showcasing her supremely soulful energy, as well as her mind-blowing vocal artistry and songwriting skills. Shayna has performed with the likes of Rihanna, Kelly Clarkson, Bette Midler, and Steely Dan as a sought-after background vocalist. Shayna has toured regularly as a featured vocalist with Grammy Award-winning trumpeter, Chris Botti, was a featured vocalist on Snarky Puppy’s “Family Dinner” and reached #1 on the Dance Billboard charts as a featured vocalist on Moby’s “Disco Lies.”

A voice that the London Jazz News says “unleashes enough voltage to light up the West End”, Shayna Steele has made her mark as an in-demand vocalist in the studio and on the stage.

At the age of 15, Broadway (Rent, Jesus Christ Superstar, Hairspray) and international vocalist Shayna Steele’s appearance on Ed McMahon’s Star Search was her first experience performing in front of a nationally televised audience. After losing by a 1/2 star, Shayna returned to her hometown of Biloxi, Mississippi to finish high school and pursue a music degree before exposing herself to the cutthroat “reality” of the business. “I was embarrassed and defeated. I wanted nothing more than to go home and crawl in a hole.”

A completely unexpected call in 2005 would drop her squarely in the middle of a genre she had absolutely no experience with Electronica. Hearing that Moby “needed a screamer” for a track off his new album Hotel, a mutual friend recommended Steele, resulting in the disc’s second single “Raining Again”. Two years later, she was back, laying down vocals for “Extreme Ways (2007)” – Moby’s theme song to The Bourne Ultimatum, The Bourne Legacy and Jason Bourne – and in early 2008, “Disco Lies“, the first single off of Moby’s 2008 release Last Night. The song reached #1 on the US Billboard Dance charts and went on to be featured in J.J. Abram’s summer blockbuster Cloverfield and the movie The Backup Plan starring Jennifer Lopez. Her voice has remained high in demand with vocals on Hairspray (movie soundtrack), Sex and the City 2, NBC’s Smash, 2008 Summer Olympic highlights on BBC, and the 2021 release of In the Heights (Motion Picture Soundtrack). Shayna has made television guest appearances on HBO’s The Sopranos and she reprised her Broadway role with the “Dynamites” in NBC’s Hairspray Live.

After spending 8 years as a Broadway ensemble member in shows such as Rent and Hairspray and 6 years in the background supporting artists like Bette Midler, Rihanna, and Kelly Clarkson, Shayna stepped out on her own with the release of her 3rd studio album Watch Me Fly following the huge success of her album Rise (Ropeadope Records) in 2015 which reached #3 on the U.S. iTunes jazz charts. Her self-penned song “Gone Under” from that same album was personally selected by Michael League of Snarky Puppy to be arranged for their Family Dinner, Volume 1 (Ropeadope Records). The song and Shayna’s performance were the first single to be released on the Grammy Award-winning band’s album, which has now reached over 1.8 million views on YouTube to date.

Shayna has appeared as a soloist and guest artist with over 40 symphony orchestras throughout North America. Her most recent solo concert Nothin’ But the Blues, written and conducted by Maestro Jeff Tyzik, is one of many highlights in her symphonic solo career. A Portland Press review of Shayna’s performance with the Portland Symphony Orchestra (Portland, ME) said her “…blues program ranked among the PSO’s best.” – Steve Feeney (May 24, 2021)

Shayna recently returned to school 25 years later to finish what she started. She is currently working on her Bachelor’s degree in Interdisciplinary Music Studies at Berklee College of Music where she is currently on the Dean’s List. She continues to tour all over the world with her band playing her original music, is a regular guest artist with Grammy-award-winning trumpeter Chris Botti and is recording her 4th studio album, set for release in the Fall of 2022.