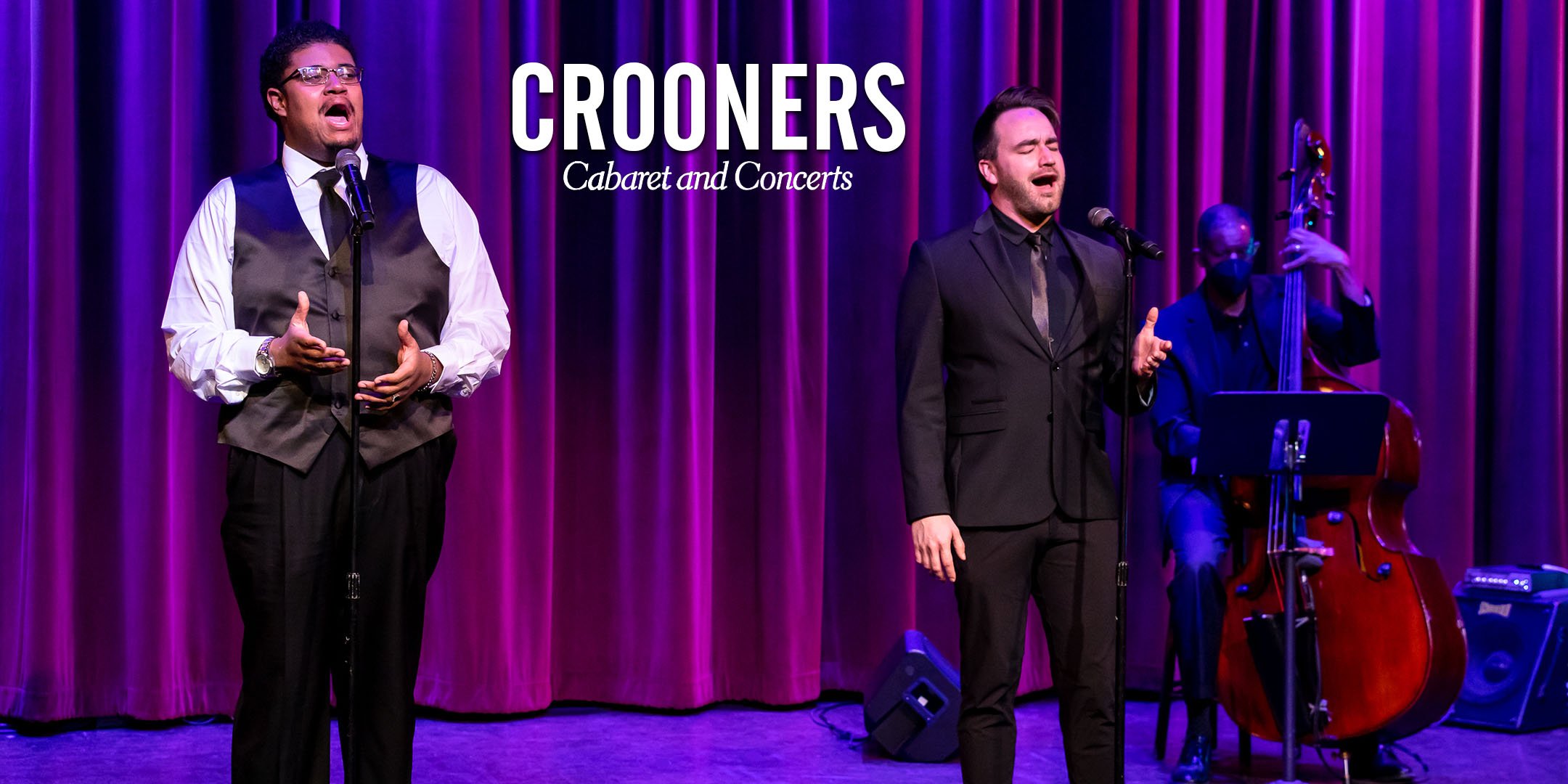 Crooners is a wildly popular cabaret show featuring songs from the 1940s–50s. Let’s go back in time when Frank Sinatra, Nat King Cole, and Tony Bennett were at the top of the charts. Featuring songs from such great American composers as George & Ira Gershwin, Johnny Mercer, Irving Berlin, and Lerner & Loewe. The talented Lorenzo Rush Jr. and Alex Newkirk will have you tapping your toes and singing along to your favorite songs of the era!

I’m an Iowa boy who moved here over a decade ago to pursue musical theater. I’m still heavily involved in the theater scene as a vocal coach and musical director and I’ve been seen performing at Truluck's Restaurant as a Singing Piano Player. I love having my toes dipped into the live music scene in addition to my career in the theater community.

As a voice coach, my primary client base is rooted in the theater community. I work with varying talent levels from novice to pro and like to spend time polishing audition pieces and helping determine new repertoire for audition books.

Alex starred in several theatre productions in the Chicago region including Sunset Boulevard and Sweeney Todd at Drury Lane Oakbrook, Avenue Q and Hair at the Metropolis Theater, End Of The Rainbow and A Class Act at the Porchlight Theatre, as well as many other productions.