Better Together presents the Jazz Soul of Al Jarreau 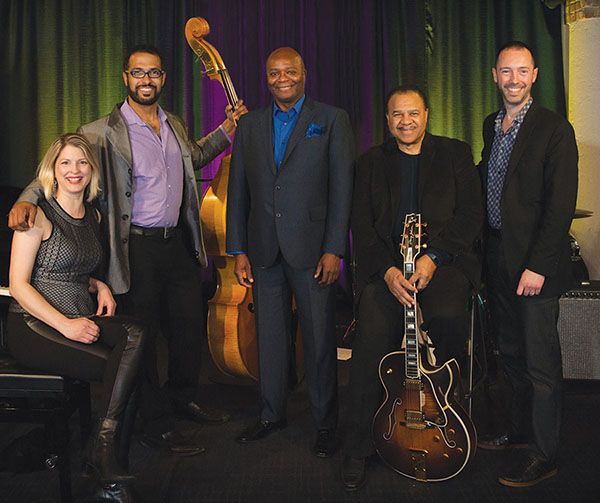 Meet the Better Together Band

Bruce possesses a three-octave range, a pure voice with versatility few can match. Bruce's music has taken him to five continents and he has recorded for Disney, HBO, and numerous national ad campaigns. In addition, he has performed with and opened for the likes of Doc Severinson, Roberta Flack, Chris Botti, Ramsey Lewis, Stephane Grapelli, Jimmy Jam and The Sounds of Blackness.

Joshua makes a busy career out of teaching music at various locations and performing. He has been on television numerous times in the United States Europe and Central America. He has opened for Stevie Wonder, Spyro Gyra and Vernon Reid with Liquid Soul. With the Occidental Brothers band he ha performed at the Lincoln Center, Kennedy Center the Montreal and Toronto Jazz Festivals he has shared the bill with Cindy Blackman, Lonnie Plaxico, Ben Allison, Vijay Ayer, Jason Moran, Andrew Byrd, and many others.