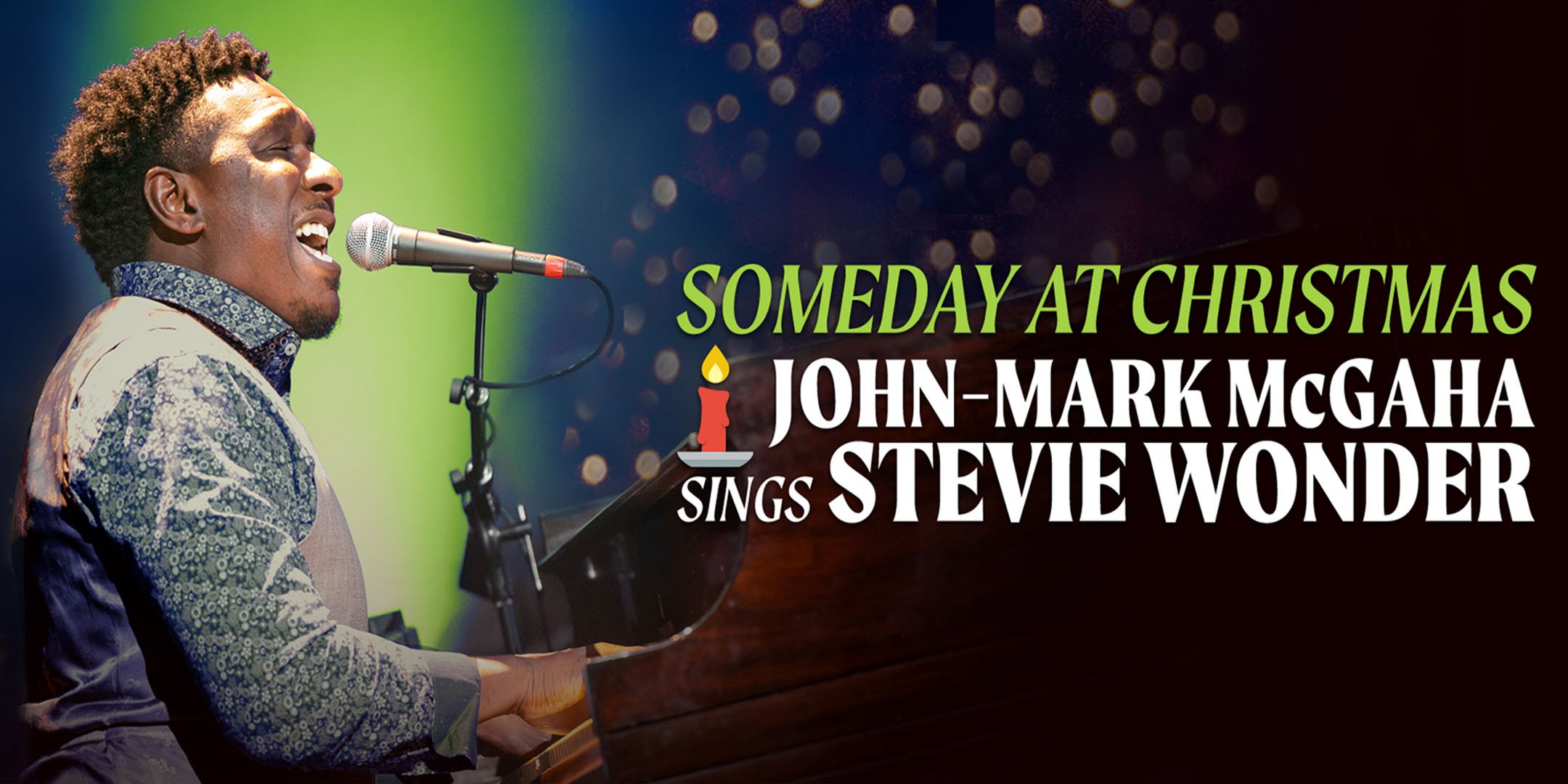 Talented, joyful, and generous, McGaha (The Ray Charles Legacy, Smokey Joe's Cafe) sheds a personal light upon the miraculous life of one of America's greatest singer/songwriters. Broadway World calls his voice "crystal clear perfection." Songs include"Someday At Christmas," "My Cherie Amour," "That's What Christmas Means To Me," "For Once in My Life," "Ave Maria," and "I Just Called to Say I Love You."

This performance is sponsored by Chicago Dough, Richton Park

A native of Birmingham, Alabama, McGaha began studying classical piano at the age of five. He performed internationally as a teen, adding organ, guitar, saxophone, and voice to his repertoire. He studied Piano, Opera, Musical Theatre, and Music Education at Birmingham Southern College and attended the American Musical and Dramatic Academy (AMDA) in New York. His central passion is worshipping God in spirit and truth. He served as Director of Contemporary Worship and Arts at Trinity United Methodist Church in Birmingham. John and his wife Grace have five beautiful children.