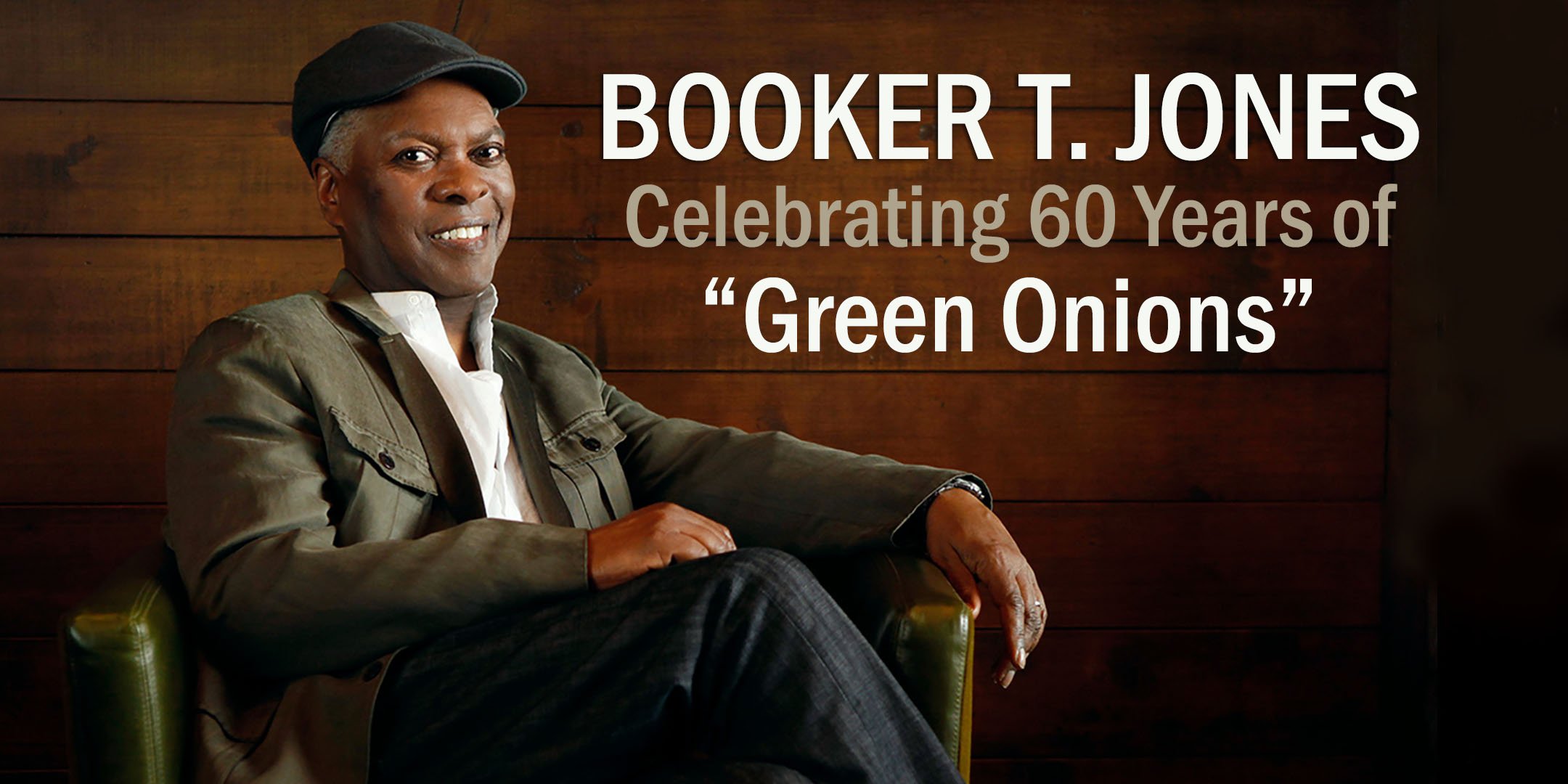 Booker T. Jones is a Rock and Roll Hall of Fame inductee, GRAMMY Lifetime Achievement Award recipient, and arguably the most famous Hammond B3 player in history. As the leader of the legendary Booker T and the MGs, this pillar of soul music collaborated with Otis Redding, Albert King, and more during his tenure at Stax Records. Booker’s hit “Green Onions” is described as one of the most popular instrumental rock and soul songs ever and as one of the most popular R&B instrumentals of its era. The single sold over 1 million copies, is ranked No. 181 in Rolling Stones' 500 greatest songs of all time and is the only instrumental on the list.

Since then, Booker has lent his trademark keyboard chops to and produced classic albums such as Willie Nelson's multi-platinum hit “Stardust” and Bill Withers’ “Just As I Am” featuring the hit song “Ain’t No Sunshine". Both Booker's 2009 solo release "Potato Hole" and his 2011 solo release "The Road From Memphis" won GRAMMY Awards for Best Pop Instrumental Album. In 2013 Booker released “Sound The Alarm”, marking a return to Stax Records after 40 years.

Most recently, Booker released his memoir, Time is Tight, and an accompanying album “Note by Note”. Booker is currently working on a new recording project and touring worldwide with his solo band.

Check out more about Booker T. Jones at https://bookert.com

From an early age, Booker T. Jones—“one of the legends of soul music” (The New Yorker)—was captivated by the magic of melody, rhythm, and harmony. So magnetic was the attraction, in fact, that by the time he turned sixteen, he was, incredibly, already a working musician with a hit song to his name.

As part of the first house band for Stax Records, he formed the category-defining group Booker T. & the MGs, whose first recording, “Green Onions,” was an international sensation, selling more than one million copies and winning a place among Rolling Stone’s top five hundred songs of all time. Not stopping there, Jones continued to push soul music’s boundaries, refining it to its essence and then injecting it into the nation’s bloodstream. Nearly five decades after he first made his entrance onto the scene, Jones paved the way for modern soul music and is largely responsible for the genre’s rise and enduring popularity.

From midcentury Memphis, where the brutality of segregation was a stark backdrop to the loving, supportive family and community in which he was raised, to the creative hotbed of Beale Street, the Harlem of the South; from his early friendship with figures such as Maurice White (who went on to form Earth, Wind, and Fire) to the complicated dynamics of the racially mixed MGs—Jones not only was a witness to revolutions but also wrote their soundtracks. His musical legacy includes enduring compositions such as “Time Is Tight,” “Hip Hug-Her,” and the often sampled “Melting Pot” and collaborations with the likes of Otis Redding, Wilson Pickett, and Sam and Dave—and later Neil Young, Bob Dylan, Barbra Streisand, Carlos Santana, and Willie Nelson.

Booker T. Jones is an American multi-instrumentalist, songwriter, record producer, and arranger. Best known as the frontman of the band Booker T. & the MGs, he has worked with countless award-winning artists of the twentieth and twenty-first centuries and has earned a Grammy Award for Lifetime Achievement. Along with the band, he was inducted into the Rock and Roll Hall of Fame in 1992. Jones continues to record and tour internationally, both as a solo artist and as head of Booker T.’s Stax Revue.