Freedom Hall is proud to present our first virtual streaming concert in 2021 - Better Together: Songs of Hope and Healing: Soul, Jazz, & Gospel Favorites. The show premieres Friday, March 19 at 7 pm and will be available on-demand through Sunday, March 21, streaming on the Stellar platform.

Because we all could use a little HOPE and HEALING right now.

Let Songs of Hope and Healing take you on a journey of rejuvenation through timeless soul, jazz, and gospel favorites, featuring inspirational hits by artists such as Al Jarreau, Marvin Gaye, and Curtis Mayfield. Filmed live in Freedom Hall in Park Forest, IL, this musical treat is designed to lift listeners into a new awareness of connection and positivity. 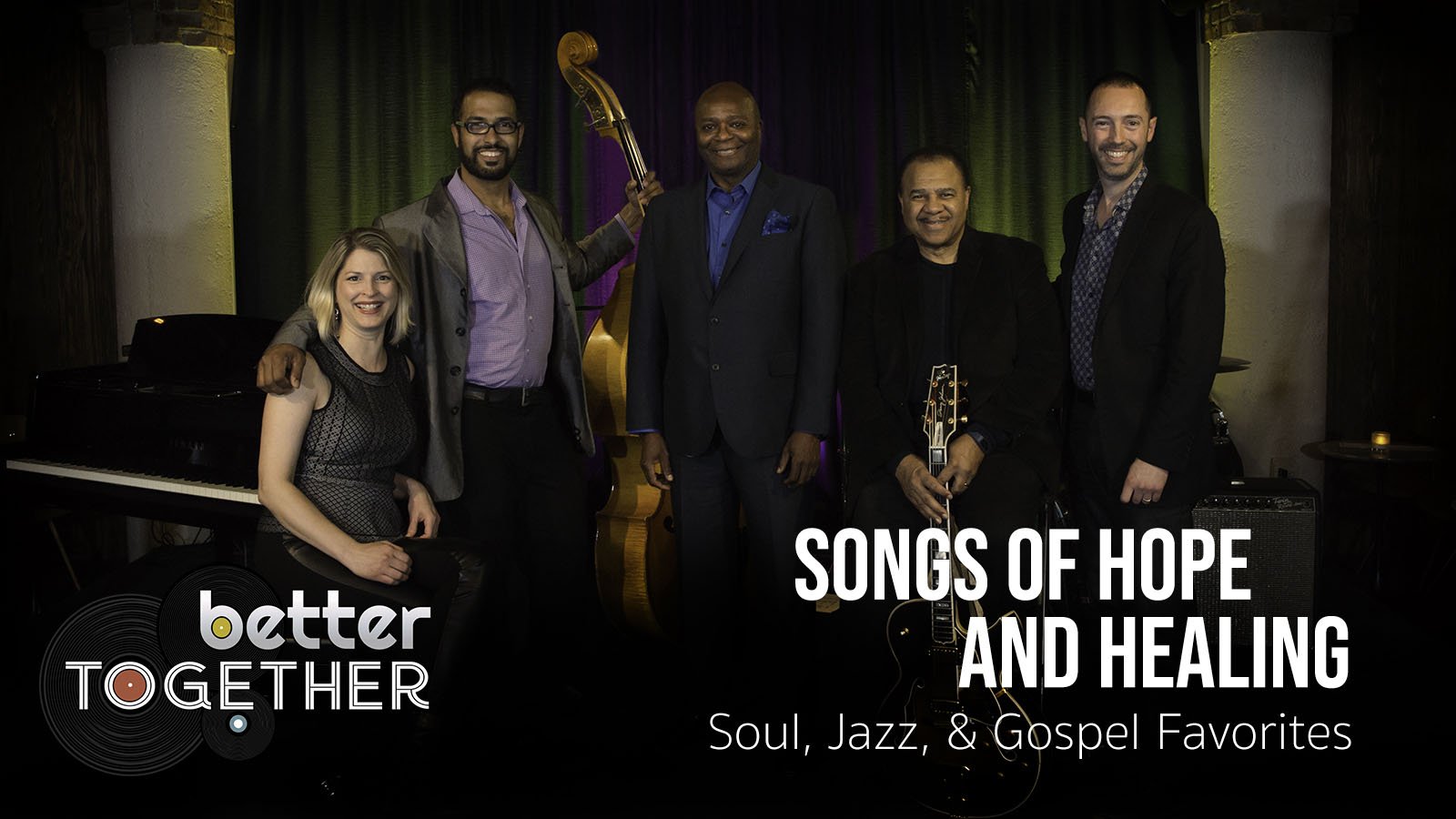 Meet the Better Together Band

Bassist Joshua Ramos is a Chicago native who benefitted from the wonderful and eclectic Chicago music scene. He went through the Chicago public school system and attended Northern Illinois University.