An intimate evening with multi-award winning songwriter/producer Rudy Pérez “the Latin Hitmaker” featuring the stories behind the hit songs he has written and produced for some of the biggest artists of our time like Julio Iglesias, Michael Bolton, Beyoncé, Christina Aguilera, Los Temerarios, and many more! Learn for yourself one of the biggest and best-kept secrets in the music industry: Rudy Pérez is a master singer in his own right. Michael Bolton said, “Besides Rudy’s amazing musical gifts from playing, writing, arranging and producing on the highest levels, I’m always telling people that Rudy is a phenomenal singer, in fact, Rudy Pérez is one of the greatest singers I’ve ever heard in my entire lifetime!”

Sponsored by Homewood Disposal and SAMBA 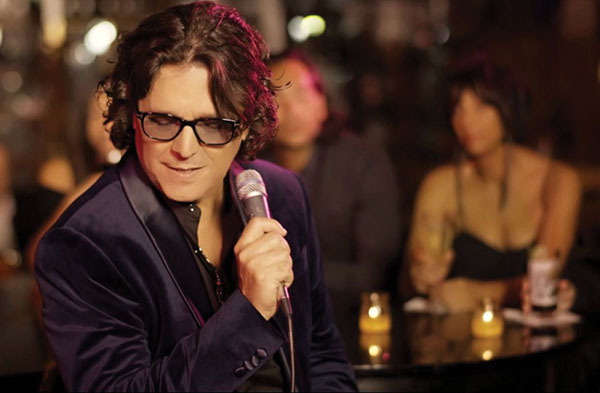 Rudy Pérez was named Producer of the Decade by Billboard Magazine for having more top ten hits than any other producer from 2000-2010.

Rudy Pérez is an International Songwriter, Producer, Arranger, Entrepreneur, and Philanthropist. During the last 30 years, he has composed over 1,000 songs with over 300 of them have been #1 or top ten hits. He is one of the founders of the Latin America Recording Association (LARAS) The Latin Grammys as well as the Co-Founder of the Latin Songwriters Hall of Fame.

In 2010 Billboard Magazine named Rudy “Producer of The Decade” for having more # 1 and Top Ten Hits chart from 2000 to 2010. More than any other Latin Producer in their history. He has been called by industry leaders, “the Producer, Songwriter with the Midas touch”. It’s no wonder why he has received over 500 gold and platinum album awards, and his works have been nominated for 19 Grammy Awards, with five wins.

Billboard Magazine’s, Leila Cobo, wrote: “A look at the 10 of the 13 tracks this year that placed Rudy Perez at the top of the year-end Hot Latin Tracks producers list reveals a versatile producer/songwriter capable of successfully handling a variety of music genres.” Perez’s strength lies in his chameleon-like capabilities; not only does he easily navigate through assorted styles he also traverses Record Labels, with credits on each of the Majors as well as Independents. Perez has emerged atop one of the hottest trends to surface in the Latin music Industry: English- speaking Artists like Beyonce, who decide to cross over into the Spanish market. Chairman and Presidents of all Major Labels have been quoted saying: “Rudy’s got this bicultural understanding of the music” ” It’s not about language, it’s about culture, and Rudy seems to understand that very, very well”. He has his thumb on the pulse of the Latin movement. Since he has this unique understanding of the market, it makes it a very smart decision to bring him into all our projects! Mauricio Abaroa former SVP and Executive Director of the Latin Academy of Recording Arts and Sciences, says: “If we analyze the work he’s done in the past years, we find the songs and productions that are the most representative of the contemporary Latin music movement” Music Executive and Producer Ron Fair, former President of A&M Geffen Records says about Rudy’s work with Christina Aguilera: “From a creative standpoint and from a musical standpoint, Rudy Perez was the best possible Songwriter/Producer to bring Christina into the Spanish language world”. Music Moguls like Simon Cowell call upon Rudy to work with his biggest artists like IL Divo. Mr. Perez has a vast experience in music composition and production for Commercials, TV, and Film.