On Friday, February 15 at 7:30 p.m., the Freedom Hall Series will feature Raul Midón. We are thrilled to congratulate Raul Midón on his recent Grammy nomination for Best Jazz Vocal Album If You Really Want, which features the Metropole Orkest. This is Midón’s second nomination in two years. 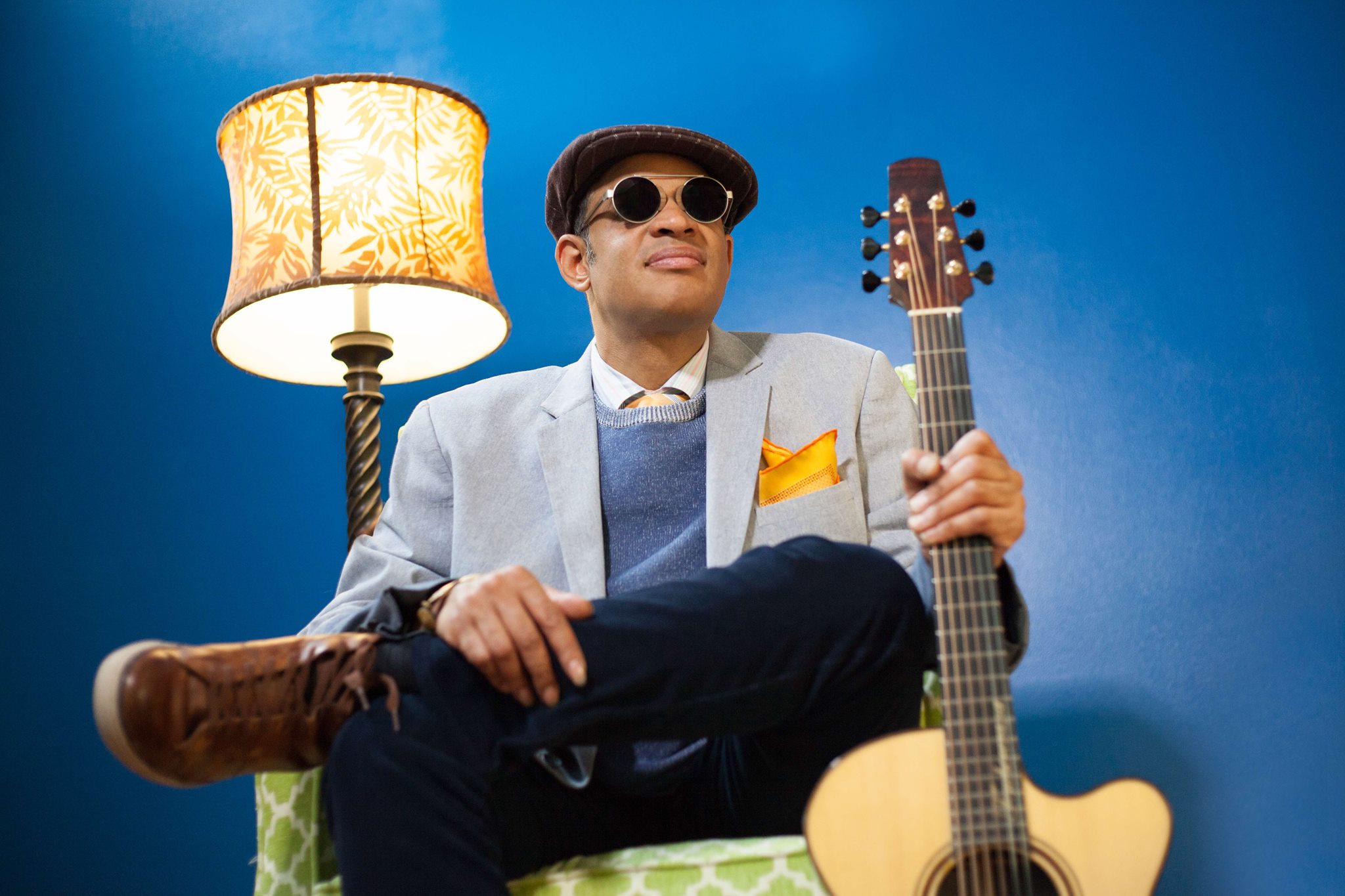 Singer-songwriter and guitarist Raul Midón has earned renown as one of music’s most distinctive and searching voices. His guitar playing is a syncopated, flamenco- and jazz-infused wonder in which bass, harmony and melodic lines fly from the fretboard in a way that seems to belie the fact that all the music is being produced by just two hands.

Ever since being told by some when he was a child that his blindness meant that “you can’t do this, you can’t do that,” Midón has lived a life devoted to beating the odds and shattering stereotypes, learning his own lessons along the way. “As someone who has never seen, I’ve always felt at a disadvantage in that lyric writing is usually very visual,” he says. “People really relate to images, and I’ve never seen images. But what I realized early on is that you have to write from what you know, and I hear, touch and feel intensely – and those are sensations and experiences that everyone can relate to.”

Along with releasing 10 studio albums as a solo artist, Midón – dubbed “an eclectic adventurist” by People magazine – has collaborated with such heroes as Herbie Hancock, Stevie Wonder, and Bill Withers, along with contributing to recordings by Queen Latifah, Snoop Dogg and the soundtrack to Spike Lee’s She Hate Me. A native of New Mexico who was educated in the jazz program of the University of Miami – and who now lives in Maryland after years in New York City – Midón has earned acclaim the world over, with a fanbase that stretches from San Francisco to India, Amsterdam to Tokyo. A rapt critic for the U.K.’s Guardian newspaper wrote: “Midón has a lovely voice, a beautifully controlled tenor that can express anything from tenderness to passion… And the guy can play. His strumming has a flamenco flourish, but after a while, you realize he can do every kind of accompaniment he needs on acoustic guitar.”

For a glimpse of how magnetic Midón can be live, seek out on YouTube the clip of his appearance on The Late Show With David Letterman in 2006. Performing “State Of Mind,” the title track from his major-label debut, Midón unveils what would become his signature combination of silky voice and percussive guitar. His playing is a syncopated wonder in which bass, harmony and melodic lines fly from the fretboard in a way that belies the fact that all the music is being produced by just two hands. If that weren’t enough, Midón busts out his improvisational mouth-horn technique, in which he creates a bebop “trumpet” solo with his lips, earning himself a burst of mid-song applause from the audience. It’s the sort of performance that led the Huffington Post to describe how “he plays with such freedom and joy that his hands smile.”

The title of Midón’s 2017 release Bad Ass and Blind came from an apt description of its maker that soul icon Bill Withers endorsed; the album saw Midón collaborating with such top jazz players as trumpeter Nicholas Payton and pianist Gerald Clayton, and it earned the singer his GRAMMY nomination for “Best Jazz Vocal Performance.” NPR noted that the disc continues Midón’s “streak of records that cross boundaries with ease and head-turning musicality.” His live 2016 rendition of John Coltrane’s jazz classic “Giant Steps” – which sees him fly through all 12 keys on the guitar – earned more than a million views via Facebook, with no less than fusion hero Al Di Meola giving the performance a thumb’s up. Midón has also released the captivating CD/DVD Invisible Chains – Live from NYC, which documents an intimate concert in Joe’s Pub at the Public Theater from 2012.

“A one-man band who turns a guitar into an orchestra and his voice into a chorus.” — The New York Times

Tickets for Raul Midón are $30 and can be purchased at Freedom Hall, by phone at 708-747-0580 or online. Freedom Hall is located at 410 Lakewood Boulevard in Park Forest, IL.