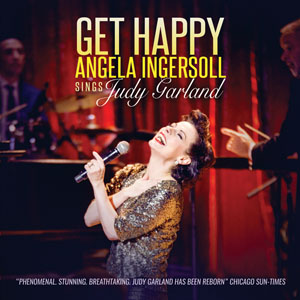 “She’s got it all. She has a voice as truly beautiful as Judy’s, with equally big pipes. She is a great actress who is as passionate, sensitive and heart wrenching as Judy was. If anyone was ever meant to reincarnate Judy in performance, it’s undeniably her.” -Times Square Chronicles

Angela is married to producer/performer Michael Ingersoll. With her husband at the helm, the couple produces the Artists Lounge Live concert series. Angela’s additional concert credits under the Artists Lounge Live umbrella include her holiday show The 12 Dames of Christmas; I Gotta Right to Sing the Blues: A Salute to Ella, Judy, and Patsy; and Happy Together: Michael and Angela Ingersoll Sing Songs You Know By Heart.

Tickets for Angela Ingersoll Sings Judy Garland are $30 and can be purchased at Freedom Hall, by the phone at 708-747-0580 or online. Freedom Hall is located at 410 Lakewood Boulevard in Park Forest, IL.