A Message from Freedom Hall

Sadly, Freedom Hall has not hosted a concert with patrons attending since the start of the pandemic, cancelling the four remaining concerts from the 2020 – 2021 Series. Of course, we are planning and hoping for the day when you can join us in person again and that this day comes sooner than later! Until that day, we earnestly hope you and your loved ones stay safe!

Freedom Hall is owned and operated by the Village of Park Forest and for years after the Freedom Hall Series concluded, our efforts to provide entertainment turned to the summer series, Main Street Nights, held in downtown Park Forest. The weekly event from June through August often featured musicians who also performed at Freedom Hall. Main Street Nights was cancelled due to the pandemic, but in our quest to bring live music to our community, a pop-up event called “My Street Nights” was created. On four Wednesday evenings this summer, a pickup truck towing a trailer drove to different sites around town, and a group of musicians would then perform an approximately ½ hour concert for those in attendance.

Other events that the Village created to comply with State mandates for group gatherings included a socially-distanced movie night and two pop-up concerts in collaboration with the Illinois Philharmonic Orchestra. 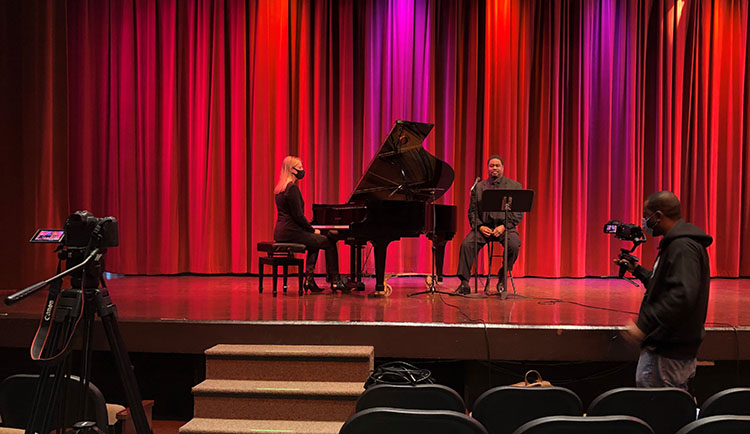 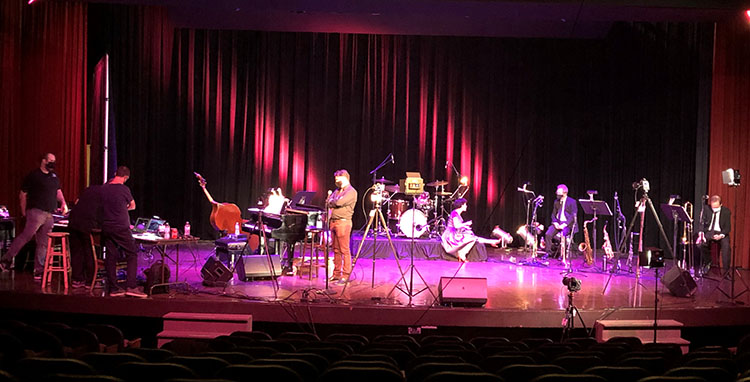 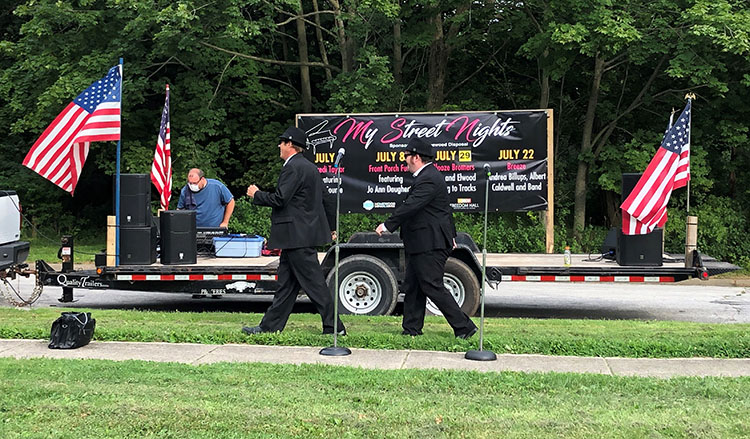 The Blooze Brothers featured at My Street Nights. 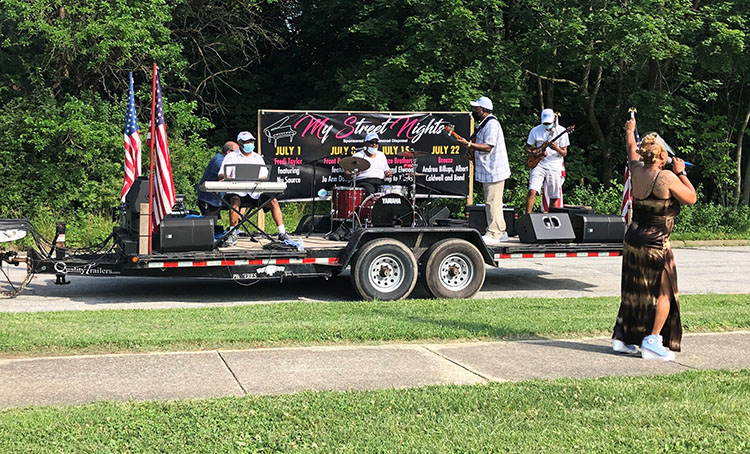 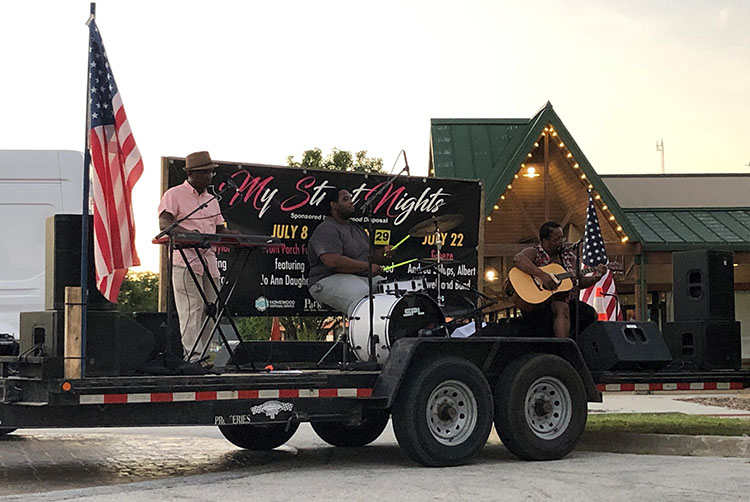 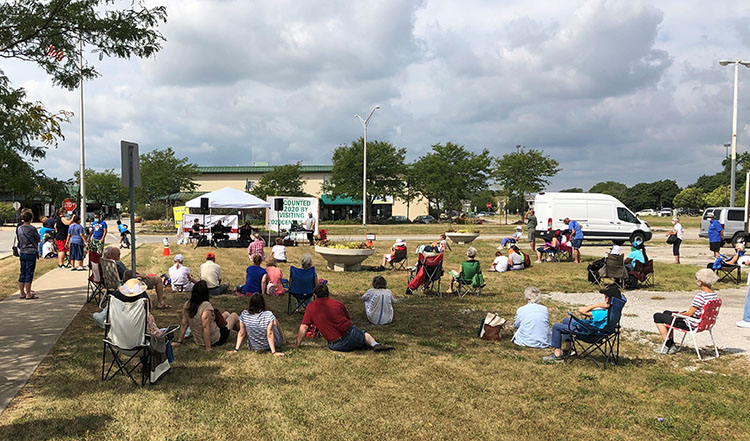 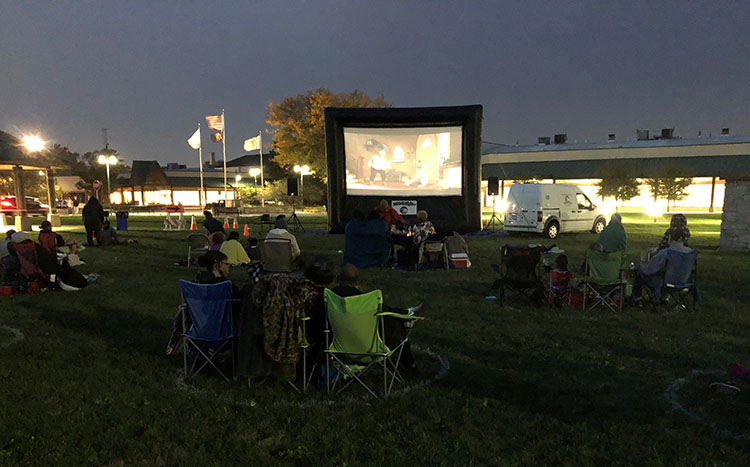 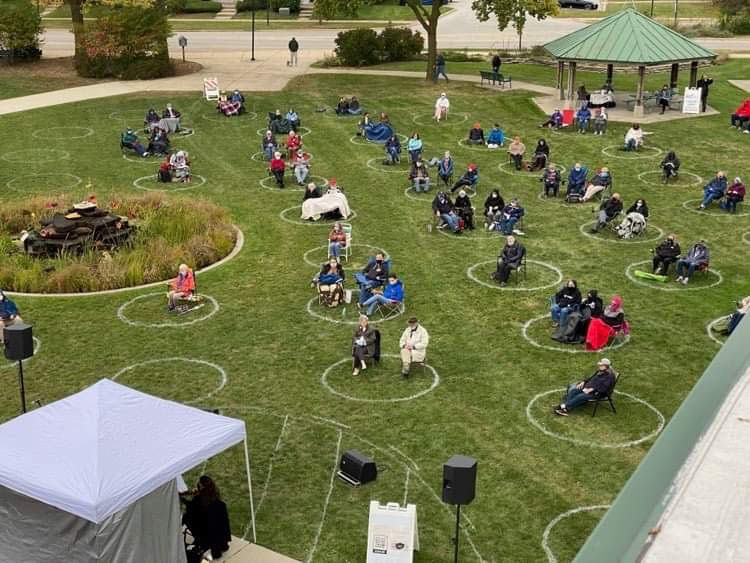 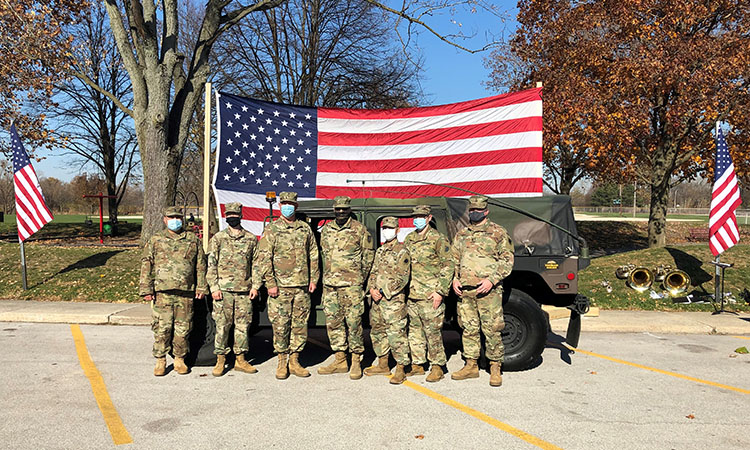 We have reached out to Chicagoland musicians impacted by the inability to rehearse or videotape in a safe and socially-distanced setting. We invited them to consider using our stage for their needs and over the past few months we have hosted six bands rehearsing or videotaping. We feel this provides the area artists a chance to reconnect (Zoom and virtual rehearsals are very tough for musicians) in a safe environment and is the first step toward when we might be able to link artist and audience when circumstances trend toward the positive!

In the upcoming months, we are planning to host virtual concerts featuring Chicagoland musicians, many who have performed at Freedom Hall in the past. This will provide needed income for the artists and support staff who have suffered greatly with almost every concert that they would count on having been cancelled since the start of the pandemic. Furthermore, we can avoid the ever-changing restrictions on interstate travelling that might see some shows cancelled. These concerts will be announced via our website, social media, and our mailing list (Constant Contact, please contact us if you would like to be added to our list).